Hopes ran high for a large turnout at the 2002 Gen Con Game Auction. Many factors converged to make this one of, if not the greatest game convention auctions ever! Gen Con was under the new ownership of Peter Adkison, the former CEO of Wizards of the Coast. This was to be the last Gen Con convention in Milwaukee, moreover, the last Gen Con in the state of Wisconsin for the foreseeable future. The auction was finally given its due by being moved into the Midwest Express Convention Center after years of being two blocks away in Kilbourn Hall. All these factors contributed to the overwhelming success of this year’s game auction!

Here are some of the unreal statistics:

What a fitting goodbye to the City of Milwaukee for the many years of great service to the Gen Con game convention! What a terrific lead-in to Indianapolis in 2003! Hope to see you all there! 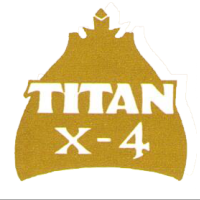